Here is a secret to building wealth: before you ever accumulate any substantial sum of money you must gain a wealth consciousness. 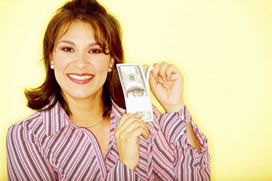 Those who have it in the back of their mind that they don’t deserve money or that money is evil will most certainly find that circumstances dictate that they will experience financial lack regardless of their talent, opportunities and experience. Even if you find this hard to believe, it is hard to argue with the fact that a negative attitude, in and of itself, creates problems of its own. And having a poverty consciousness certainly qualifies as a bad attitude in the realm of finances.

Increasing wealth
What can you do to increase your wealth consciousness and build wealth? First of all you must banish all thoughts of lack. Next you must replace them with thoughts of abundance and realize that there is always enough to go around and that you won’t run out of anything. Feel that more will always be coming instead of acting like you will never have it again. Once you have mastered this mindset then you too will begin to accumulate money.

Integrity is essential in anything but especially when dealing with belief systems and underlying attitudes, which define our behavior. Even after you change your beliefs, make sure you are following up with actions, which are in harmony with those beliefs. Think about what wealth consciousness means to you and try to determine what behaviors and actions you can change to be in line with this new belief.

One thought on “Saving Money and Building Wealth: Wealth Consciousness”